XFINITY: For the first time in more than 14 years, all XFINITY Series starters finish under power - including last-place Mason Massey 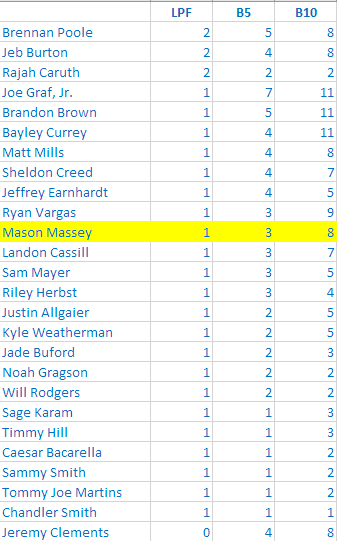