CUP: Ty Gibbs avoids “The Big One” on Saturday, but not on Sunday 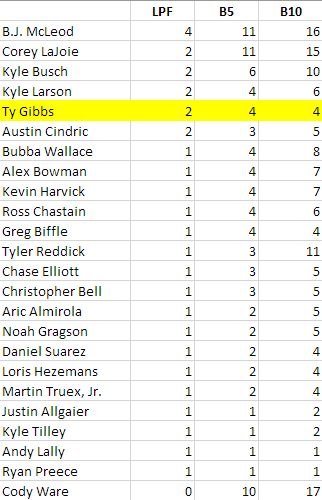