CUP: Kyle Busch’s crash the first of many in brutal Texas race 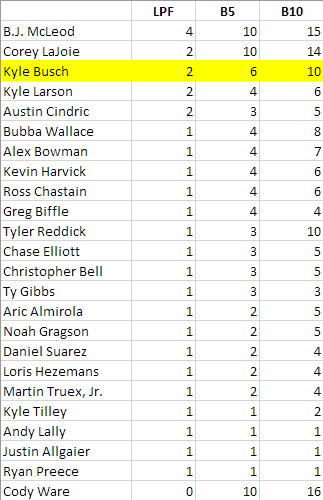 Posted by Brock Beard at 9:43 PM No comments: 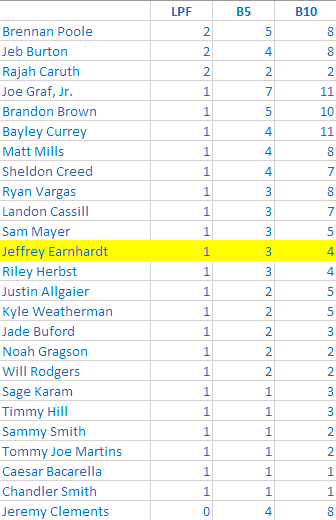 PREVIEW: Eye-catching paint schemes and the return of Parker Retzlaff among entry list storylines for Texas

OPINION: If F1 wanted an American driver badly enough, they would have one by now

by Ben Schneider
LASTCAR.info Guest Contributor
On Thursday, I noticed a tweet from Sports Business Journal’s Adam Stern that stated, “@F1 is working on a yet-to-be-revealed plan to increase driver diversity in the series.” The tweet included a quote from Las Vegas Grand Prix CEO Renee Wilm, who stated: "Our focus is really on creating a more diverse pipeline of drivers. We’d love to see an American driver, women drivers, more drivers of diversity generally."
It was the first part of that last sentence that caught my attention. For anyone who has been following Formula One this season, the words “we’d love to see an American driver” ought to ring especially hollow for multiple reasons.
First, there’s the ongoing situation regarding Andretti Global. After their bid to purchase a stake in the current Alfa Romeo team fell through at the 11th hour, Mario and Michael Andretti, the United States’ most recent F1 World Champion and podium finisher respectively, have made plans to enter a brand new team beginning in 2024 that would not only be based in America, but would also employ an American F1 driver. While the group unveiled plans for a 575,000 square foot headquarters in Indiana as recently as last month, the team’s plans are subject to a license being granted them by the FIA.
For the most part, F1’s existing teams have made no secret about their desire to keep Andretti off the 2024 grid. In particular, Mercedes boss Toto Wolff has argued that Andretti would need to prove their value beyond simply paying the nine-figure entry fee, as adding an 11th team to the grid would “dilute” the prize fund allocated to the existing ten. More recently, he has gone on record to say that a proposed Audi entry for 2026 would be a better option should the grid expand. As of right now, seven months after Mario revealed that Michael had submitted an application to the FIA, the proposed team’s status is still unclear at best.
Second, and perhaps more timely, is the ongoing battle to get Andretti Autosport’s IndyCar Series driver Colton Herta a FIA Super License. F1’s current rules require drivers to obtain a minimum of 40 Super License points in other major motorsports championships around the world over a three-year-period. While Formula 2’s top three points finishers are awarded the full 40 points required, only IndyCar’s champion is awarded 40 points, with points significantly decreasing for the rest of the top ten in the championship (see page 60 here for the full breakdown).
After finishing third in 2020’s championship, Herta faded to fifth in the points standings in 2021 before falling all the way to tenth in 2022. Due to the pandemic impacted 2020 season, drivers are currently allowed to take their three best results from the last four seasons. A seventh-place points finish in 2019 means Herta is currently sitting on 32 points. After 2023, Herta will only be able to use his results from the last three seasons, meaning he’ll have only five points to add onto his total from next season.
In short, with Red Bull and AlphaTauri now abandoning their efforts to get the FIA to grant him an exemption, Herta will essentially need to win the 2023 IndyCar championship to qualify for a Super License.
To be clear, Herta did have a down year by his standards. But it’s also important to remember that the IndyCar Series is perhaps the most competitive series in the world due to its diversity of track types and the strength of its competitors, many of whom are active Indianapolis 500 winners and series champions in the primes of their career.
On the contrary, F2’s drivers are almost all in their late teens and early 20s, only having experience in junior categories. With no disrespect to F2’s top drivers, should such a series really offer more Super License points than a series like IndyCar?
Herta’s talent has not gone unnoticed. At the age of 22, he already has seven wins in his first four seasons. McLaren’s F1 team have signed him as a test driver. And reports indicate that AlphaTauri are even willing to offer him a race seat next season should he be granted a Super License exemption from the FIA. But the FIA granting such an exemption appears to be unlikely.
Editorially, I believe that, in the vast majority of circumstances, drivers should be evaluated on a case-by-case basis. If a team is willing to offer a contract to a driver, that decision should be a business deal between those two parties with little to no outside influence. Yet in its current form, the FIA have a system in place that does not grant IndyCar’s drivers the amount of respect they deserve.
For comparison’s sake, NASCAR’s Chase Elliott won the 2020 championship and finished fourth in points last season, worth 15 and seven Super License points respectively. Should Elliott win the Cup Series championship again this year, he will have 37 points to his name, five more than Herta’s current total.
Are we really supposed to believe that Elliott’s résumé in stock cars is more deserving of an F1 deal than Herta’s résumé in single-seater open-wheel cars?
Current points totals aside, it is clear that Herta is deserving of a seat in F1 given multiple teams’ interest in him. Even if McLaren and AlphaTauri weren’t interested, Herta would be a near lock for one of the two hypothetical Andretti Global seats in 2024.
Given the uncertainty surrounding either’s ability to enter F1 at the moment, it’s going to take quite a bit of work for F1 to convince me “we’d love to see an American driver.”
Posted by Brock Beard at 4:00 AM No comments: 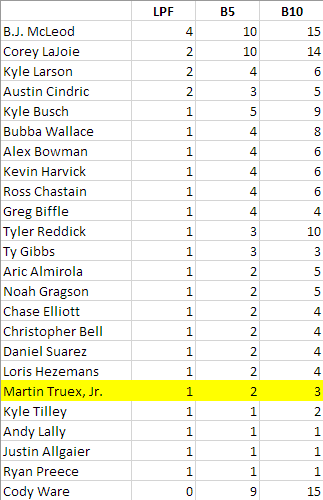 Posted by Brock Beard at 1:42 AM No comments: 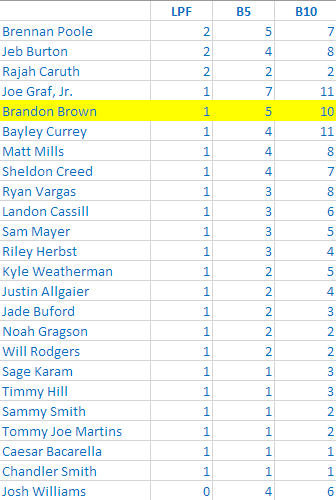 Posted by Brock Beard at 9:42 PM No comments: 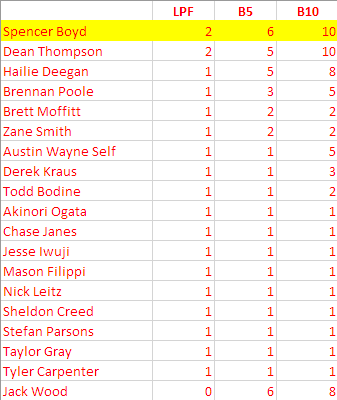