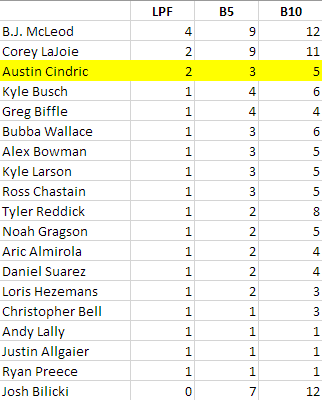 Penske should have 2 last place finishes now, being cindric has 2 now