Arnout Kok picked up the second last-place finish of his ARCA Menards Series career in Saturday’s Dutch Boy 150 at Kansas Speedway when his #01 Brand South Africa Toyota did not start the race.

The finish was Kok’s first since Milwaukee in 2021, eight races ago.

Since his engine troubles at Milwaukee, Kok returned to ARCA action at Kansas last year for Fast Track Racing, falling out of the race with rear end troubles. He tested at Daytona with Fast Track at the beginning of this season, and Kansas would mark his first actual start under race conditions. Longtime supporters Brand South Africa, Wild West Jerky, and Polar Bear Coolers supported the effort, plus Space Grill, a sponsor from Kok’s stint with Obaika Racing.

Nineteen other entrants joined Kok on the entry list for Kansas, which shrank by one after the CCM Racing entry of Matt Wilson withdrew. Will Kimmel took over the #69 entry after Scott Melton broke his leg at Talladega, and Ron Vandermeir, Jr. ran one of his own cars using owner points from Richmond Racing. Connor Mosack returned for one of his races in the Bret Holmes Racing machine, and Gus Dean ran one of his scheduled races with Venturini Motorsports. After being charged with felony battery, leading to an indefinite suspension by ARCA, Daniel Dye returned after his charge was reduced to a misdemeanor, his suspension lifted the day before the race. Fast Track Racing completed its lineup with D.L. Wilson, Bryce Haugeberg, and Ryan Huff.

The combined practice/qualifying session was held from 9:45-10:30 AM local time, and around 10:15, reports on social media started to surface that a car crashed, and to add insult to injury, it rolled into a Niece Motorsports hauler after it was taken off the tow truck. Those reports, as it turned out, concerned Arnout Kok and the #01 team. Brad Smith Motorsports crew member Colby Evans, who was at the track, noted that Kok was very upset about the incident and team owner Andy Hillenburg had to console the South African driver. The car was damaged beyond repair for the race that afternoon, but since the car took part in qualifying, ARCA listed the entry as a “did not start” and credited the driver and team with a 19th-place finish with no laps completed.

Finishing 18th was Brad Smith, whose crew was worn down from heat exhaustion throughout the course of the day. Alex Clubb was 17th, completing an even half of the race before falling out. Corey Heim and Drew Dollar rounded out the Bottom Five after Dollar drifted high into Heim in Turn 3 and wrecked them both on Lap 57, leading to a terse round of interviews for drivers and even a car owner after the incident. 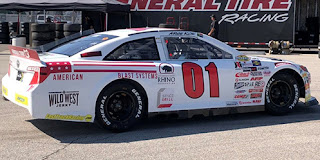 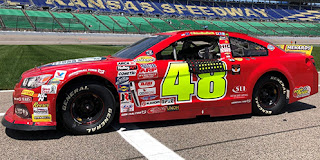 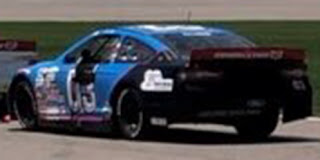 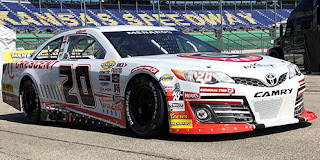 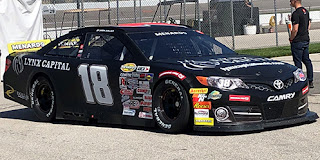 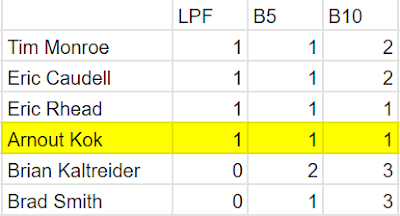