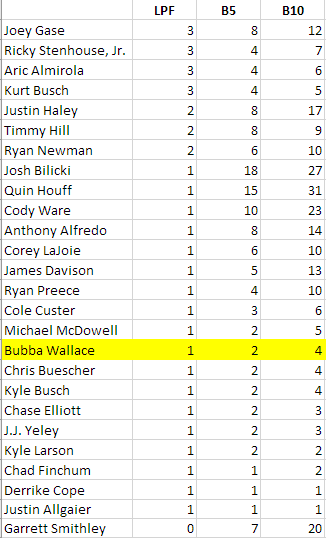 I have followed Joey Gase for a while. Got his autograph years ago at Dover.