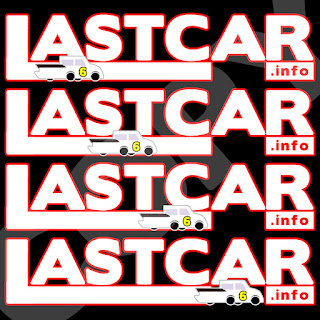 I am thrilled to announce that LASTCAR.info has joined as an associate sponsor for Norm Benning Racing in the upcoming Lucas Oil 150 at the Phoenix Raceway!
It's been a challenging year for the owner-driver from Pennsylvania, who enters the race as one of eight drivers still mathematically in contention for the 2021 LASTCAR Truck Series Championship, which would be his second in a row. The theft of Benning's pickup truck during the Kansas race weekend left his team stranded at the speedway. NASCAR's mandating of a new nose for his Chevrolet sent him home from Gateway. And in five of his 13 starts this season, he's been parked for not maintaining minimum speed. Now, Benning is one of 41 entrants for Friday's 36-truck field, and the return of qualifying means he'll have to make the show on speed.
But this time, Benning will drive one of the best trucks he's ever raced, trading the familiar black of his own Chevrolet for the white of an entry prepared at Niece Motorsports. And LASTCAR.info will be along for the ride - the logo on one of the B-posts of the #6 Poppy Packs / MDS A Sign Co. Chevrolet!
Since I started LASTCAR.info in 2009, it has been a goal to support the teams written about by myself, staff writer William Soquet, and guest contributor Ben Schneider. In September 2011, LASTCAR appeared as a fan name on Steve Park's #35 "Old Blue" Chevrolet which Tommy Baldwin Racing entered in the Cup race at New Hampshire. In October 2015, a small version of LASTCAR's old logo made it on the hood of Joey Gase's #52 Donate Life Chevrolet for the XFINITY race at Charlotte with Jimmy Means Racing. I've also joined fan-supported sponsorships with Mike Harmon, Jordan Anderson, Michael Annett, Jeremy Clements, and Benning himself.
But this Friday will mark the first time the current black-red-and-white LASTCAR.info logo will appear on an entrant's race car (or in this case, truck).
Reprints of this particular 6" x 6" decal, which also features the white #6, are now available for sale for $10 each on eBay: https://www.ebay.com/itm/334215423057
So stay tuned to FS1 this Friday at 5:00 P.M. Eastern / 2:00 P.M. Pacific for qualifying, and 8:00 P.M. Eastern / 5:00 P.M. Pacific as Benning seeks his first Phoenix start since 2017!
Posted by Brock Beard at 2:59 PM