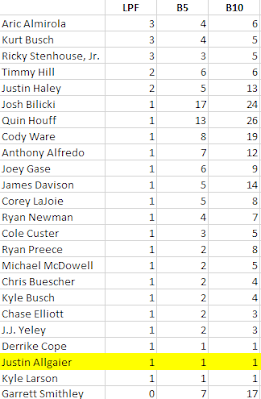 I'm not sure the table at the bottom updated correctly, it still shows Larson with only one bottom 5 finish. But this is such a close race!

Thank you for catching it!