Wayne Peterson finished last for the 49th time in his ARCA Menards Series career in Saturday’s Reese’s 150 at Kansas Speedway when his #48 A Story Worth Living Chevrolet did not start the race.

The finish came in Peterson’s 144th series attempt and was his first since Elko earlier this season, eleven races ago.

The story of Wayne Peterson’s last-place finish begins with Brad Smith. A confluence of factors were shaping up to make this weekend one of the best for Smith in recent memory. At the end of August, volunteer crew member Colby Evans created a GoFundMe to try and fund Smith for a full race allotment of tires. The goal was $2,000, and by the week of the race, the fundraiser had raised $3,800, nearly double the goal. Donations also rolled in from around the ARCA community, with team owner David Richmond and driver Zachary Tinkle chipping in. Additionally, the upcoming movie "A Story Worth Living" signed on as a quarter panel sponsor for the #48 team and used some footage of the car in the movie. On top of all that, content network Super Cars Today signed on as the hood sponsor for the car, bringing in additional funding for a team that has been perpetually short on it. The team was primed for one of its best runs of the season with perhaps the most single-race funding available in a long, long time.

On the flip side, there was also a lot happening with Wayne Peterson’s team. After a crash at Salem destroyed one car, Richmond Racing driver Zachary Tinkle was planning on running the David Gilliland Racing car that was gifted to the team after Thad Moffitt triggered a crash that ended in a broken tibia and a broken ankle for Tim Richmond. However, Tinkle was later informed that the gifted chassis was a restrictor plate chassis and was being saved for Richmond’s return at Daytona in 2022. In order to still run the race to accrue experience and keep both teams up in owner points, Tinkle then hopped behind the wheel of Wayne Peterson’s black Ford chassis using Richmond Racing’s number, 27. This was in addition to Peterson rolling out his white Chevrolet with the hallmark #06 on the side. Peterson later arrived at the track in a Penske Rent-A-Truck, epitomizing the shoestring nature of the team.

In total, 26 cars populated the initial entry list - a number that later dropped to 24 following the withdrawals of the family teams owned by Ryan Huff and Justin Carroll. Still, 24 was four more entries than the spring race at Kansas this year and six more entries than last year’s season finale.
Along with the aforementioned Smith, Peterson, and Tinkle, several interesting storylines emerged. Rev Racing’s ARCA East driver, Rajah Caruth, made the step up to the main ARCA series, competing beside his full-time teammate, Nick Sanchez. IMSA driver Parker Chase took over the reins of Venturini Motorsport’s #25 car, and the team entered a fourth entry for Toni Briedinger, the #55.
A number of part-time teams entered cars: Connor Mosack with Young’s Motorsports, Kris Wright with Rette Jones Racing, Dean Thompson with Niece Motorsports, and Kyle Sieg with RSS Racing. Family teams included Eric Caudell’s team, Greg Van Alst’s, and Andy Jankowiak’s.
A couple full-time teams shuffled entries: Scott Melton took over Kimmel Racing’s #69 and J.P. Bergeron returned to David Gilliland Racing’s #46 car. Fast Track Racing filled its flagship #10 with South African pilot Arnout Kok, the #11 with Ron Vandermeir Jr., who had previously campaigned his own entry in ARCA competition, the #12 with Tony Cosentino, and the #01 car with D.L. Wilson, who brought his own chassis to the team this year. There was even a fifth Fast Track entry, the #66, for Kyle Lockrow, the lone series debut of the race. Lockrow's car was prepared by Fast Track Racing, but run with Ron Vandermeir Jr.’s owner points, a spin on the scenario last year when Corey Heim took a Venturini-prepared car with Fast Track owner points to victory lane at Kansas.

The promising stories each played out differently. Smith’s went awry early on. On the third lap of practice, the rocker arm on the #48 broke, seemingly ending the day for the team. The team announced that the names of everybody who donated to the tires GoFundMe would be on the car at Daytona instead. However, the ARCA community, just like it has so many times before, stepped up and made the best out of a bad situation.

Peterson never took a lap in practice or qualifying and did not start the race. Of the cars that took time, Kok was the slowest in practice, and Smith was the slowest in qualifying. As expected, both sessions were led by Ty Gibbs. Despite never hitting the track at all during the weekend, Peterson was still credited as a “did not start” on the official results, earning 20 points while being listed as the driver of the #48 car.

At the green flag, Tinkle was last on-track, his black #27 on the outside of Smith’s #06. Tinkle quickly climbed into the top 20, whereas Smith remained the last car on the track, falling about seventeen seconds behind before parking the car after four laps of racing. Three Fast Track cars of Cosentino, Lockrow and Kok all completed less than a quarter of the race, citing various mechanical issues. 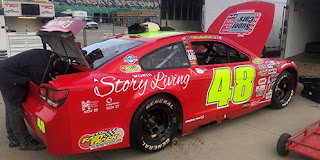 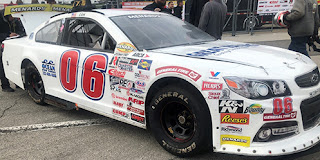 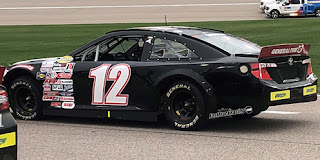 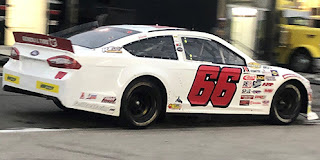 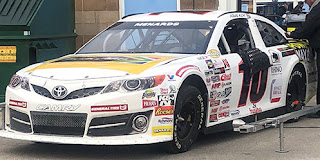