CUP: For the second-straight race, Aric Almirola finishes last after a brutal hit at Dover 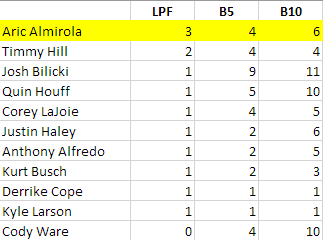