by William Soquet
LASTCAR.info Guest Contributor
Scott Melton finished last for the third time in his ARCA Menards Series career when his #69 Melton-McFadden Insurance Agency Chevrolet exited after a crash, completing 0 of 100 laps in Saturday’s Dutch Boy 150 at Kansas Speedway.

The finish came in Melton’s 22nd career series start and was his first since last year at Kentucky, 18 races ago.

Much like his 2019 season, Melton ran mostly superspeedways in 2020, and turned in three top-ten finishes with a best of ninth in the season finale at Kansas. He seems set to run much the same schedule this year - Kansas was his third start in 2021. He was caught up in an early wreck at Daytona but finished tenth at Talladega just one week ago.

The entry list topped out at 20 cars, a respectable figure for an intermediate. In support of injured competitor Derrick Lancaster, ARCA machines were adorned with “29” decals on the A-post for the race weekend. Greg Van Alst entered his own car for his first non-drafting start of the season, and Alex Clubb took the wheel of the Richmond Clubb Motorsports entry for the first time this season. Derek Griffith continued his part-time slate with Venturini Motorsports, and Justin Carroll made his first intermediate start of his career in his family’s #91 car. Fast Track Racing filled out their stable of four cars with Jason Miles, Dick Doheny, Owen Smith and DL Wilson.

The field was fairly even at the drop of the green flag. Doheny was the last car across the line, immediately preceded by Brad Smith, who dropped back from his 16th-place starting position to be 19th across the line. Just as that pair hit the exit of turn two on the opening lap, third-place starter Corey Heim pulled down to the inside of polesitter Gibbs and second-place starter Bret Holmes, locking them into a three-wide battle into turn three on the opening lap. Holmes, the middle car, got loose in the middle of the corner, was turned around without contact from anybody else, and started to slide up the track. Greg Van Alst and Derek Griffith took escape routes right along the outside wall and avoided contact with Holmes, but Melton tried to cut down to the inside lane. He did not make it through and made vicious contact with Holmes’ driver's side door, immediately ending the race for both drivers.

After the ensuing red flag, the bottom five filled up fairly quickly. Owen Smith, Doheny and Brad Smith all retired within the first quarter of the race with various mechanical issues. On the flip side of the spectrum, Alex Clubb scored his first-career top ten in ARCA competition. The tenth-place finish was also the first top-ten for the new Richmond Clubb Motorsports team, which debuted at Daytona this year. 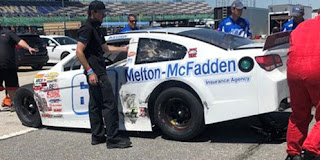 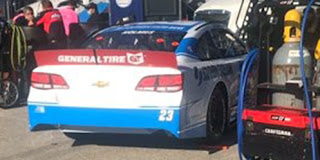 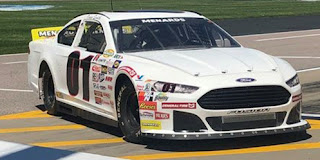 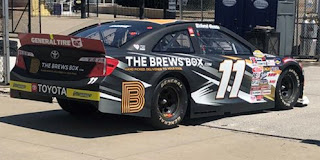 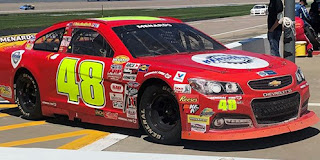