CUP: Scuffed tires carry Timmy Hill from last to fifth at the end of Stage 1 before engine lets go 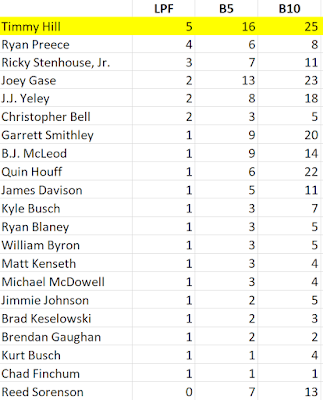