CUP: Timmy Hill the first driver to, on the same day, finish last in two NASCAR points races at the same track with the same team, car number, and manufacturer 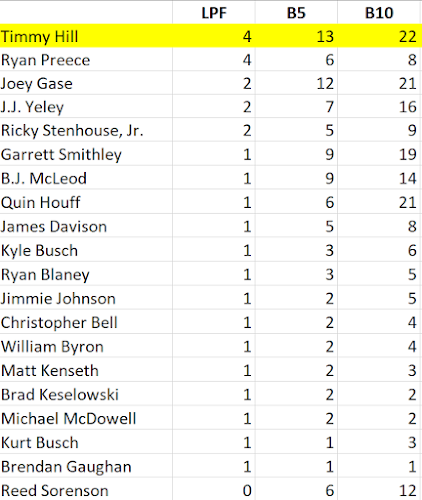