Joe Graf, Jr. picked up the 2nd last-place finish of his NASCAR XFINITY Series career in Friday’s Wawa 250 Powered by Coca-Cola at the Daytona International Speedway when his #08 Bucked Up Chevrolet was eliminated in a multi-car accident after 7 of 100 laps. 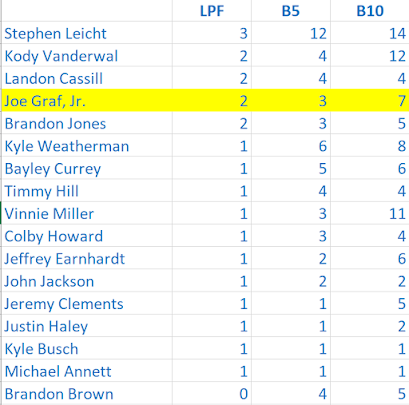