Brendan Gaughan picked up the 3rd last-place finish of his NASCAR Cup Series career in Sunday’s Go Bowling 235 at the Daytona International Speedway Road Course when his #62 Beard Oil / South Point Hotel & Casino Chevrolet fell out with transmission issues after 46 of 65 laps. 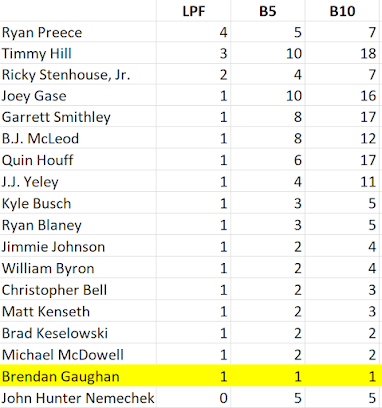 And with this race out of the way, I will be back to normal