Wayne Peterson finished last for the 44th time in his ARCA Menards Series career in Friday’s Kansas ARCA 150 at Kansas Speedway when his #0 GreatRailing.com Chevrolet retired with brake problems after completing 1 of 100 laps.

The finish came in his 109th series start, and was his first since DuQuoin, three races ago.

Wayne Peterson wasn’t even scheduled to run Friday's race. The 81-year-old team owner already had start-and-parked his team’s second entry three times this year, both at Gateway and the two dirt tracks. Since then, he had handed the reins off to his grandson Benjamin, who finished last in both his own appearances in the #0. For the season finale, Peterson would list the driver who started the season for the team – Con Nicolopoulos. However, a representative of Nicolopoulos said that this was done before offering the ride to the driver. Due to other conflicts, the Michigan-based driver couldn’t make the trip out for Friday, but Peterson never removed him from the entry list, with ARCA timing and scoring even listing Nicolopoulos as the driver during practice and qualifying. It wasn't until later that this was corrected to Peterson for the race.

Another 21 cars besides the #0 were entered for the final race before the upcoming compatibility rules with the NASCAR K&N Pro Series in 2020. DGR-Crosley entered two cars for K&N drivers Drew Dollar and Tanner Gray. Dick Doheny and Ed Pompa filled out Fast Track Racing’s other two cars, Pompa running the chrome car in the team’s fleet that team owner Andy Hillenburg said will be illegal in next year’s rulebook. Gus Dean finished out his slate of speedways with Win-Tron Racing, and Hailie Deegan, Harrison Burton and Ty Majeski also completed partial schedules. A couple of one-offs were also in the field as well: Sheldon Creed took the wheel of KBR Development’s #28 car, and Carson Ware, brother of Cody Ware and son of Rick Ware, made his series debut in a #51 fielded by his father’s team. It marked RWR’s first foray into ARCA since a one-off for Garrett Smithley in 2015.

In practice, it looked as though Richard Doheny would capture the drivers’ championship, as he anchored the charts in 22nd, about eight seconds behind leader Drew Dollar’s lap. For qualifying, though, it was Peterson that was the slowest car to take a lap, as he ran a lap of about 43 seconds, 13 behind polesitter Tanner Gray’s time.

Peterson would not line up last, however, as three cars failed to make a time in qualifying. Scott Melton, driving the #69, was slotted 20th. Joe Graf Jr. became the 21st starter, and starting last was Carson Ware. That was not the end of the saga, however, as two cars were sent to the back before the race started: Hailie Deegan for repairing damage, and Christian Eckes for changing an engine. The latter resulted in a thrash effort from the collective Venturini Motorsports to get their championship contender out on the track.

At the end of one lap, Peterson held the last position on track. A lap later, he turned behind the wall, solidifying his second consecutive LASTCAR ARCA Drivers’ Championship. Peterson was the only driver to enter the race with three last-place finishes, although Brad Smith and Richard Doheny could have won the title with a last-place finish based on the tiebreaker of Bottom Five finishes. Doheny was close, pulling off after three laps. It was eleven more to Brad Smith, six after that to Tommy Vigh Jr. and eleven after that to Eric Caudell, who all retired with mechanical issues in the first half of the race. 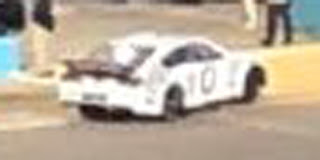 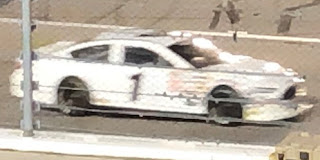 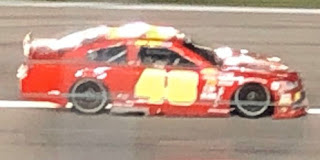 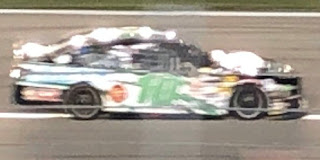 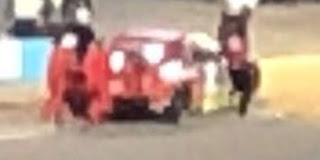 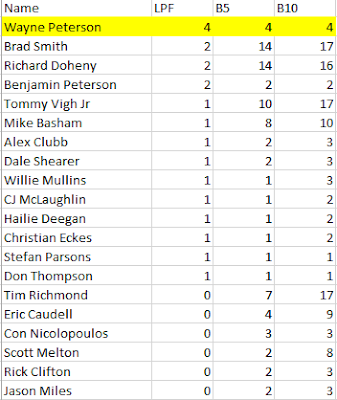