Carl Long picked up the 3rd last-place finish of his NASCAR XFINITY Series career in Saturday’s Roxor 200 at the New Hampshire Motor Speedway when his #13 CrashClaimsR.us Toyota fell out with rear gear trouble after 16 of 200 laps.

Long was making his first start of the season as a driver and drove for his own team, Motorsports Business Management (MBM). In addition to their part-time effort as an “open” Cup Series team, MBM has focused even more on the XFINITY Series this year, fielding four cars (#13, #35, #42, and #66). The team’s best showing this year has been a pair of 16th-place finishes by Joey Gase in the Daytona opener and Timmy Hill at Dover, though Hill was in the thick of the lead battle in the return to Daytona two weeks ago before he was collected in a late-race crash.

The car Long would drive was the #13 Toyota, a car which had qualified for all but one race this season, and failed to finish all but one it started. The car had seen six different drivers – Max Tullman, John Jackson, Stan Mullis, Joe Nemechek, Timmy Hill, and Chad Finchum – but other than a season-best 28th in the Daytona opener had yet to turn more than 82 laps of a race. Those 82 circuits were completed last Thursday by Jackson, who was part of a spirited battle for position among many of the series’ underfunded drivers (LINK). A similar battle would take place on Saturday.

Long didn’t complete his only attempted lap in opening practice, then jumped to 27th of 39 drivers in Happy Hour. He improved even more in qualifying, taking the 23rd spot with a speed of 126.328mph (30.150 seconds), besting the team’s previous season-high starting spot of 32nd in Charlotte. The result was Long’s fourth-straight start in the XFINITY race at Loudon and his seventh overall. His most recent start in the series was the 2018 finale at Homestead, where he turned the final 180 laps of the last Dodge Challenger in the field.

Starting 38th and last on Saturday was Tyler Matthews, back on the XFINITY circuit for the first time since Iowa, driving JD Motorsports’ #15 LineTec Services Chevrolet. He was joined at the rear by three more drivers – 3rd-place Austin Cindric with a new engine in his #22 Money Lion Ford, 29th-place Shane Lee, driver of the #28 mybackstory.com Toyota, who missed driver introductions, and Vinnie Miller, whose #78 JW Transport Chevrolet was qualified 28th by Ross Chastain. Long fell to the rear along with them, as did 24th-place qualifier Landon Cassill in the #89 VisoneRV Chevrolet. As in previous races with more than 38 entrants, Cassill had been swapped in to drive Morgan Shepherd’s car to make sure it qualified.

All this shuffling put Long in last for the start, and by two laps in was 8.126 seconds back of the lead. After the third lap, Long worked his way past C.J. McLaughlin, who like Cassill was put in a locked-in car to make sure he qualified, RSS Racing’s #39 Sci Aps Chevrolet. McLaughlin only held the spot for one circuit before Cassill pulled down pit road after four laps. The crew looked under the hood and saw something was wrong with the throttle linkage, stating either the linkage had broken or a bolt had dropped off. The team spent several laps on pit road before his car was pushed to the garage area with assistance from Chase Briscoe’s crew.

As the Shepherd team continued to look over the #89, other drivers began to pull into the garage. Bayley Currey pulled Rick Ware Racing’s #17 Chevrolet into the garage and appeared in position to inherit last place when Cassill returned. That changed when he returned to action ten laps ahead of Cassill. Long had pulled his car in just moments after Currey, and was now 36th, nine laps down to the leader. Cassill’s spotter speculated Long pulled out because of engine issues they had earlier in the weekend. If both Cassill and Currey completed enough laps both would pass Long and drop him to last place.

Around Lap 19, Cassill’s crew said they would “leave it 100% up to” the driver whether he wanted to come back out. Cassill said he’d return and run a few laps. On the 26th circuit, Cassill returned to the track and completed his fifth lap. The team’s sights were set on Long’s teammate Joey Gase, whose #35 Donate Life / Pro Master Toyota was off the pace in Turns 3 and 4 after a left-front brake issue. Like Cassill, the crew was working on getting the 36th-place Gase back out there, but encouraged their driver to take it easy since the same car would be run next week in Iowa.

On Lap 27, Currey dropped Long to 37th with no indication the #13 would be returning to the track. This put Cassill in position to drop the #13 to last around the end of Stage 1. A caution then fell on Lap 33 when John Hunter Nemechek backed his #23 Chevy Accessories Chevrolet into the outside wall in Turns 1 and 2. Fighting a tight issue, Cassill managed to drop Long to last on Lap 39, but couldn’t quite catch Nemechek before “it broke again,” said the driver. Cassill thus settled in at 37th with Nemechek nine laps ahead of him in 36th. It was Nemechek's first Bottom Five of 2019.

Currey managed to pass Nemechek before he retired with a vibration, and Timmy Hill’s brake issues on the deep blue #66 MBM Motorsports Toyota rounded out the Bottom Five. Gase, who returned to the track around Lap 46, managed to climb from 36th to 31st at the finish.

LASTCAR STATISTICS
*This marked the first last-place finish for the #13 in an XFINITY Series race at New Hampshire since May 9, 1998, when the late Ted Christopher in his Whelen Engineering Chevrolet was involved in a crash after 2 laps of the Gumout Long Life Formula 200. This same race marked the second and final career win for Roy “Buckshot” Jones.
*This marked the first time an XFINITY driver at New Hampshire finished last due to a rear gear issue. A rear gear hasn’t been the listed reason out since September 24, 2016, when Mike Bliss exited after 2 laps at Kentucky. 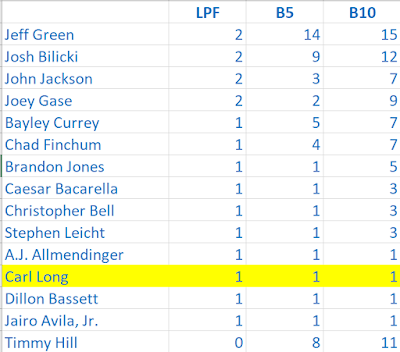