Jeff Green picked up the 102nd last-place finish of his NASCAR XFINITY Series career in Saturday’s Ford EcoBoost 300 at the Homestead-Miami Speedway when his unsponsored #38 RSS Racing Chevrolet fell out with clutch problems after 10 of 200 laps.

The finish, which came in Green’s 480th series start, was his first since Kansas, three races ago, and his series-leading thirteenth of the season.

RSS Racing shuffled their driver lineup for the season finale with Ryan Sieg driving the #93 Chevrolet for the first time in 2017, welcoming sponsorship from Code Rum. The #39 that Sieg ran for the rest of this season would go to Stephen Leicht, who last drove for RSS when he trailed the field at Charlotte in May. Leicht’s #39 would be the same black-and-blue Chevrolet that Gray Gaulding debuted as the #93 in Charlotte last month, and was set to run half the race distance. Green, however, would remain in his #38 Chevrolet, the roof numbers now the same shade of red as the roof, and was set to exit the race before Leicht.

The preliminary list for Saturday’s race saw 45 cars, which was pruned once to 44 after Penske Racing withdrew the #12 Ford for Truck Series title contender Austin Cindric, then again to 43 cars after Motorsports Business Management withdrew their third “start-and-park” car, which John Jackson was set to drive for the first time since his last-place run at Loudon. There were also a pair of driver changes for two independent teams: John Graham in place of Mike Harmon in the #74 Magellan Aviation Dodge (though Harmon helped practice the car in Happy Hour) as well as Josh Williams replacing Mario Gosselin in the #90 Starbrite Startron Chevrolet.

Green earned the Past Champion’s Provisional in qualifying, having turned in the slowest lap of Round 1 with a speed of 149.052mph. He’d run faster in practice, ranking 27th in the first session before skipping Happy Hour. According to David PeQueen, who captured the pictures used in today’s article, Green’s slow timed lap was due to him being “super conservative, staying well off the wall on corner exit.”

Green took the green in last, and was one of two cars to trail the field in Turn 2 by the time the leaders hit Turn 3. Joining him was John Graham, who was struggling with speed in Harmon’s Dodge from the very start. Green passed Graham by the end of Lap 1 by which time the #74 was already 10.991 seconds behind. Graham was 15.042 seconds behind the next time by and 21.576 behind on Lap 4. That time by, Ryan Reed served a penalty when his #16 Lilly Diabetes Ford passed to the inside at the start, dropping Reed to last on Lap 5. Reed got back up to speed, catching and passing Graham at the completion of Lap 8.

Graham was the first to be lapped on Lap 10, and was being warned by NASCAR to pick up the pace. By the time that lap was done, Jeff Green pulled down pit road, then into the garage, promptly taking last from Graham. Green was listed out on NBCSN’s leaderboard by Lap 31. Graham made contact with the outside wall, and came down pit road at least twice early in Stage 1. The second stop forced him to pull behind the wall, his Dodge flagged off the track for not maintaining minimum speed.

Finishing 39th between Green and Graham was Harrison Rhodes, who according to David PeQueen was running white rims on the right side of the car and black ones on the left. Rhodes, who was swapped to JD Motorsports’ #15 Masters Properties / Industrial Piping Chevrolet as Joe Nemechek ran his #01, retired nine laps after Green.

In 37th came Timmy Hill, running the renumbered blue #13 OCR Gaz Bar Dodge that had been Motorsports Business Management’s Pete Hamilton throwback at Darlington. He pulled into the garage 24 laps before Christopher Bell, who one day after clinching the Truck Series title lost the engine on Joe Gibbs Racing’s #20 GameStop / Power A Toyota.

Taking the 2017 NASCAR XFINITY Series Championship was third-place finisher William Byron, set to join Hendrick Motorsports’ #24 Cup team in 2018. Byron did not score a single last-place finish this season with just one Bottom Five – a 36th at Talladega – and two Bottom Tens.

THE BOTTOM FIVE
(All Photos by David PeQueen) 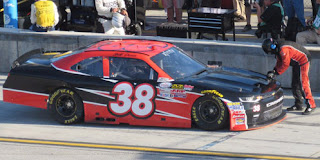 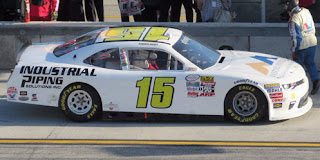 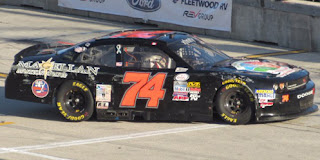 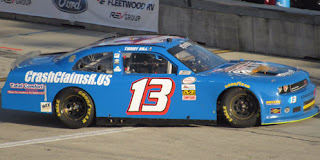 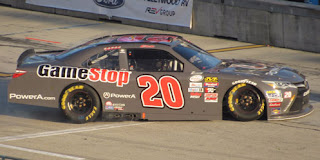 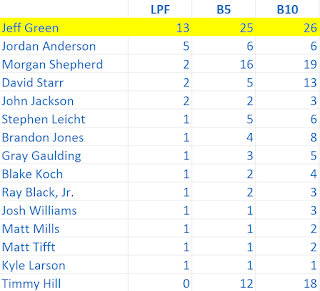