This Sunday’s Can-Am 500 at Phoenix not only marks the end of the “Round of Eight” for the NASCAR Sprint Cup Series Championship, but also could determine one of the closest battles for the LASTCAR Cup Series title.  With two races to go, the LASTCAR crown will be contested between Josh Wise, Reed Sorenson, and Matt DiBenedetto, who all have four last-place finishes. 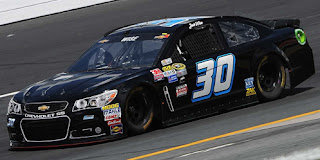 Wise will win the title if NEITHER Sorenson nor DiBenedetto finish last at BOTH Phoenix and Homestead.  Wise is not expected to run the final two races - Gray Gaulding will pilot The Motorsports Group’s #30 at Phoenix and Homestead - so he no longer controls his destiny.  Thus, even if both Sorenson and DiBendetto finish in the Bottom Five for both races, but fall short of a last-place run, Wise will be champion on a Bottom Five tiebreaker of 17-14-9. 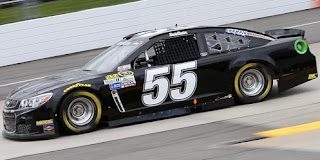 REED SORENSON
Bristol I, Richmond I, Charlotte I, Pocono II

Sorenson will win the title if he finishes last at EITHER Phoenix or Homestead, breaking his tie with a fifth last-place finish in 2016.  Even if DiBenedetto finishes last in the other race and Sorenson does not finish in the Bottom Five, thus tying the two with five lasts each, Sorenson will win the title on a Bottom Five tiebreaker of 13-9.  If Sorenson fails to finish last at Phoenix, he will still be alive at Homestead, but will have to finish last there to break his tie with Wise. 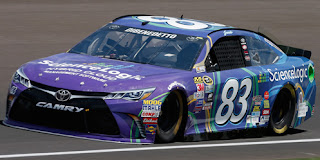 MATT DIBENEDETTO
Daytona I, Dover I, Pocono I, Indianapolis

DiBenedetto can only win the title if he finishes the season with the most last-place finishes and does not have to rely on a tiebreaker.  This can occur in one of two ways.  First, he can finish last at Phoenix or Homestead while Sorenson does not finish last in the other race.  This would give him five lasts to Sorenson and Wise’s four.  The second is to sweep both lasts at Phoenix and Homestead, giving him six to Sorenson and Wise’s four.  But if DiBenedetto fails to finish last at Phoenix, he will only remain eligible for the title at Homestead if Sorenson fails as well, and DiBenedetto would still need to finish last at Homestead.  If DiBenedetto prevails, he will become the first driver in NASCAR history to win two LASTCAR titles in the same season.  He clinched the XFINITY Series title last month at Dover.

Regardless of outcome, this season will see a first-time LASTCAR Cup Series champion.
Posted by Brock Beard at 12:01 AM