Mike Bliss picked up the 14th last-place finish of his NASCAR Sprint Cup Series career in Sunday’s Camping World RV Sales 301 at the New Hampshire Motor Speedway when his #19 Plinker Tactical Toyota fell out with a rear gear problem after he completed 75 of the race’s 302 laps.

The finish was Bliss’ fifth of 2013 and his first since Darlington, eight races ago.  It is also the first last-place finish for Humphrey-Smith Racing since Pocono, five races ago, when the late Jason Leffler made his final Cup start.  Bliss now holds a two-finish lead in the 2013 LASTCAR Cup Championship while Humphrey-Smith has a three-finish lead.

Bliss qualified 34th for Sunday’s race at an average speed of 132.485 mph.  It was the fourth-straight Cup race where just 43 cars showed up to qualify.  Starting 43rd for the first time in his career was Jimmie Johnson.  Johnson’s car was held up in inspection on qualifying day, and his 2nd-fastest time was disallowed when the car was found to be too low.  The 42nd starting spot went to David Stremme, who damaged the right-rear of his #30 in qualifying when he hit the wall in Turn 2.  Starting 41st was Morgan Shepherd.

Shepherd secured the K-Automotive Motorsports team its first start since Paulie Harraka’s eventful afternoon in Sonoma last month.  On Sunday, the 71-year-old driver and last Friday’s last-place finisher at Daytona became the oldest driver to start a Cup Series race, beating a record set by the late road race ace Jim Fitzgerald at the old Riverside International Raceway, who was 65 years and 6 months old on June 21, 1987.

Shepherd was making his first Cup Series start since he ran the same Loudon track on September 17, 2006 at the age of 64, which is still the fourth-oldest in Cup history.  Shepherd finished 42nd that day driving his self-owned #89 Victory In Jesus Dodge.  Last place went to all-time LASTCAR leader Jeff Green, who crashed in his #66 Haas Automation / Best Buy Chevrolet.

At the start of Sunday’s race, Jimmie Johnson rocketed through the field while Shepherd slipped to 43rd, struggling to maintain minimum speed.  On Lap 5, Joey Logano cut down a tire entering Turn 1 and slammed the outside wall with the driver’s side of his #22 Pennzoil Ford.  Logano was uninjured, but he spent more than ninety laps behind the wall.  During that time, Mike Bliss and Michael McDowell both pulled their cars behind the wall.  Shepherd took at least one trip behind the wall, then logged some more laps.

When Logano returned to the track around Lap 100, Bliss and McDowell slipped down to 43rd and 42nd, respectively.  Bliss secured 43rd on Lap 168.  Shepherd finally fell out with a vibration after 92 laps, staying out long enough to beat McDowell for 41st by three laps.  Over the radio as Shepherd pulled behind the wall the crew congratulated Shepherd on his record-breaking start.  Brian Keselowski confirmed on Twitter last week that Shepherd could run further races in the #52 if sponsorship can be found.

The race was won by Brian Vickers, his first checkered flag since Michigan on August 16, 2009.  In that nearly four-year span, Vickers has finished last in just one Cup Series race - at Watkins Glen last August, when his engine let go on the opening lap. 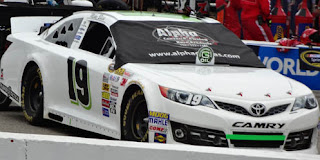 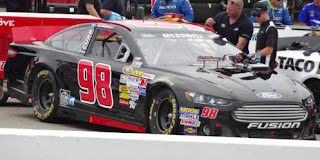 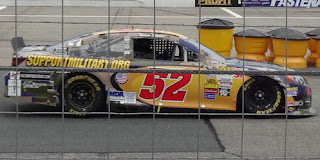 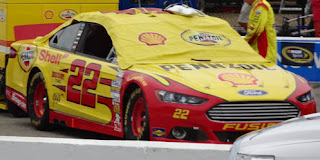 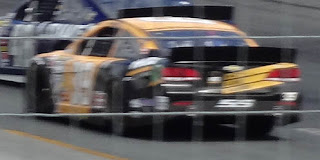