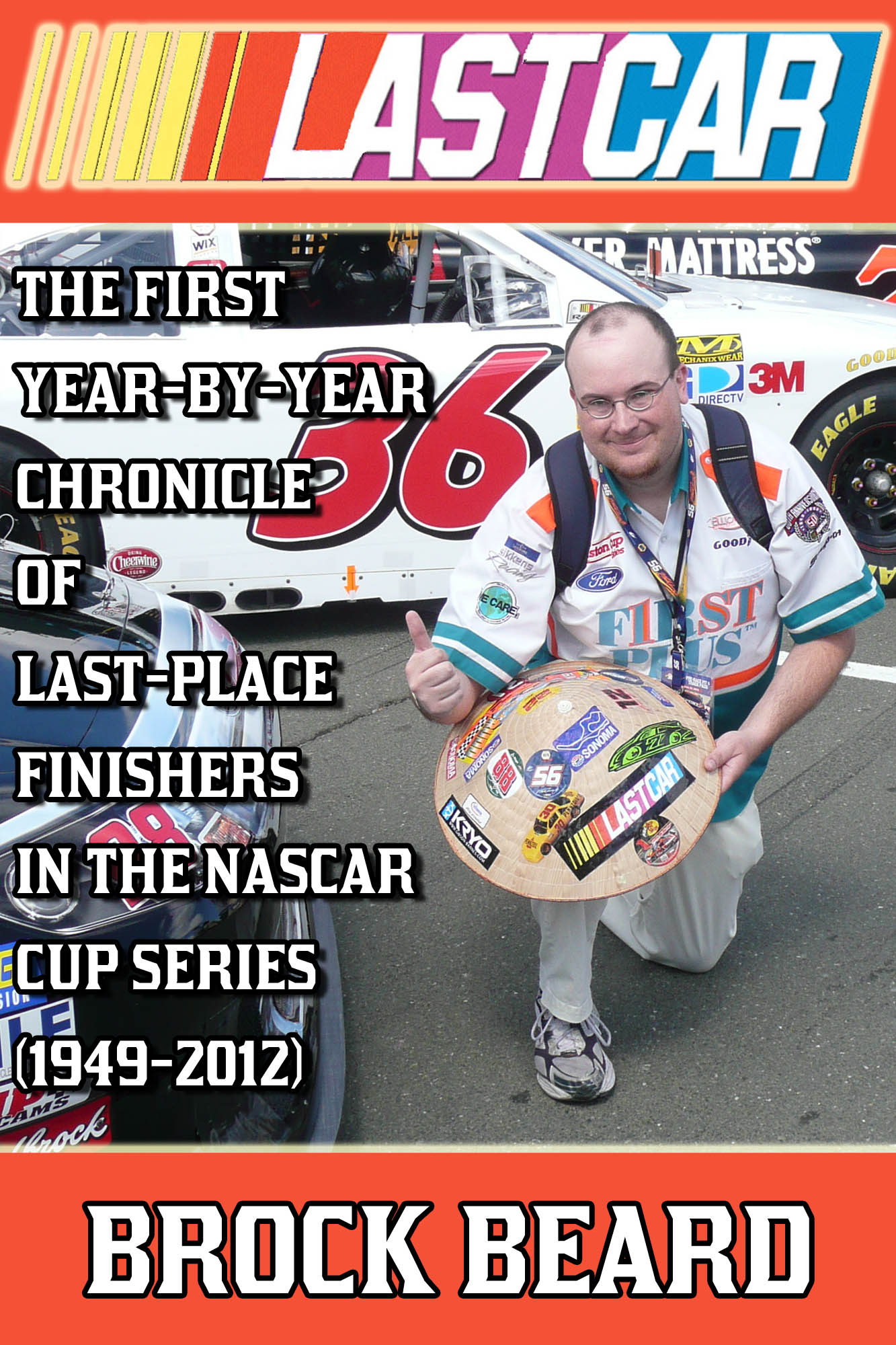 40 drivers start a Monster Energy NASCAR Cup Series race. 38 fill the grid in the XFINITY Series. 32 take the green in Trucks. Yet, even when the field is short, only a handful of these stories are ever told.
The mission of LASTCAR.info is to fill in these missing pieces one week at a time, especially regarding the least-covered racers in motorsports - the last-place finishers.
Since 2009, LASTCAR.info has covered the untold "race" for the most last-place finishes in NASCAR history - and, in doing so, continues to chronicle the trials and triumphs of those who race for something more meaningful than victory: survival.
New NASCAR articles and statistical updates are added following each Monster Energy NASCAR Cup, XFINITY, and Camping World Truck Series race weekend, plus driver features, historical retrospectives, editorials, and more.
E-Mail: brockbeard@gmail.com
Twitter: @LASTCARonBROCK