Kelly Bires scored the 1st last-place finish of his NASCAR Sprint Cup Series career in Sunday’s Sylvania 300 at the New Hampshire Motor Speedway when his #79 BBI / Bestway Ford fell out with brake problems after completing 20 of the race’s 300 laps. The finish came in Bires’ second series start.

Following his Sprint Cup debut at Loudon in July, where he came home 42nd, he narrowly missed the field at Bristol before setting sights on the September race. This time, Bires made the show with a lap of 130.367 mph, locking up the 38th starting spot. Bires then exited the race during the opening green-flag run, edging by one lap Humphrey-Smith’s Reed Sorenson in the #91.

Among the drivers who missed the race were Jason Leffler, driving the #49 that finished last at Loudon in July, and all-time LASTCAR leader Jeff Green in a one-off for Humphrey-Smith Motorsports. Also missing the race were Scott Riggs and Josh Wise, currently tied for 2nd in the LASTCAR Championship chase. Wise was originally fast enough to make it in, but his time was disallowed due to a technical infraction for his rear springs. This put David Stremme and the #30 Inception Motorsports team into the show.

LASTCAR STATISTICS
*Bires is the first Cup driver to score his first Cup Series last-place finish at Loudon since Wayne Anderson, whose #75 Rinaldi Air Conditioning Dodge lost the engine after 16 laps of the 2005 Sylvania 300. 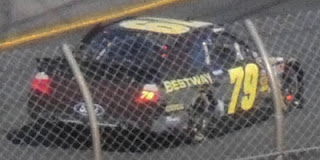 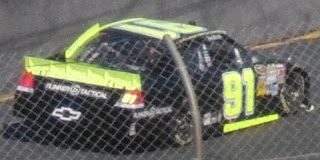 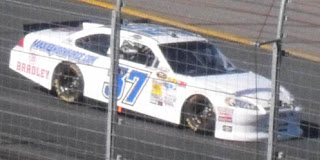 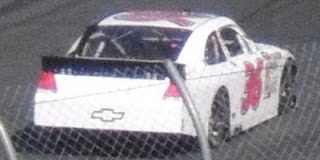 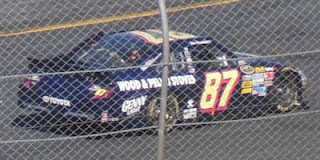 As the first Gordon to run the #24 in the Cup Series on a regular basis, Gordon gave Morgan Shepherd one of his first Cup rides at Bristol in 1981, where Shepherd led 104 laps and finished 19th. In the latter part of his driving career, Gordon was one of the last drivers to race a Chrysler in NASCAR, and he scored the twelfth and final last-place finish of his career in his last Cup start at Richmond in 1985.