N’WIDE: Danica Patrick Is Danica Last-rick For The First Time In NASCAR

Danica Patrick picked up the 1st last-place finish of her NASCAR Nationwide Series career in Saturday’s Zippo 200 at the Glen at Watkins Glen International when her #7 GoDaddy.com Chevrolet was involved in a two-car accident on the opening lap, ending her race after 2 of the event’s 82 laps. The finish came in Patrick’s 46th series start.

The popular former IZOD IndyCar Series driver was past the halfway point of her first full season in NASCAR. One of Patrick’s best performances came at the series’ most recent road course event, the Sargento 200 at Road America, before Jacques Villeneuve spun her out of a top 5 in the closing stages. Her best finish of 2012 remained an 8th at Texas in April, just short of her career-best 4th at Las Vegas in 2011.

Patrick qualified 23rd for Saturday’s race at an average speed of 118.998 mph. At the start of the race, she was holding her line on the inside when the #20 of Ryan Truex, running 13th, clipped the turn one grass and lost control. Truex’s Toyota slid backwards down to turn one, where he suddenly crossed paths with Patrick’s Chevrolet.

The resulting contact, although severe, was not enough to keep Patrick from making it back to pit road. However, when it was discovered how badly the radiator was damaged, the team called it a day after two laps. Two start-and-park cars from The Motorsports Group pulled behind the wall at that time, but Patrick ended up credited with her first last-place finish in NASCAR.

LASTCAR STATISTICS
*This was the first last-place finish for the #7 since 2005, when Jeff Fuller’s #7 Big Boar Customs Chevrolet fell out of the Emerson Radio 250 at Richmond when the brakes went sour after 23 laps. Fuller was driving for Joe Nemechek, with who he scored the series record 11 last-place finishes in 2004.
*This was JR Motorsports’ first-ever last-place finish in 392 combined starts in NASCAR Nationwide Series competition.
*Danica is the first woman from any of NASCAR’s top three divisions to finish last in a race at Watkins Glen. 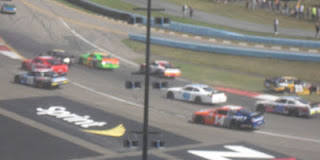 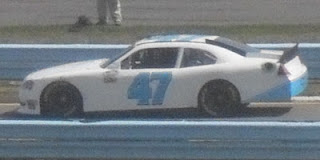 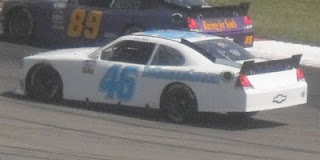 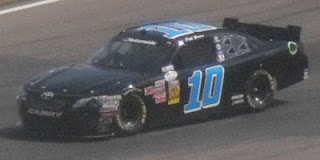 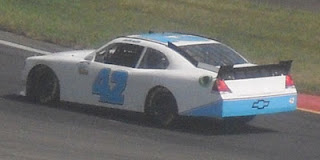