Carl Edwards finished last in Saturday’s NASCAR Sprint All-Star Race at the Charlotte Motor Speedway when his #99 Fastenal Ford suffered an engine failure after 25 of the race’s 90 laps.
Edwards, the defending winner of the event, qualified 13th in the 23-car field. He was running with the leaders during Segment 2 when his engine exploded entering turn one, causing a small fire underneath the right-front of his car. Edwards, uninjured, then participated in the play-by-play broadcast on SPEED. 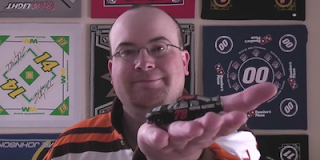 *Did you see me introduce Regan Smith during driver introductions?
Thank you to everyone for your votes and support!