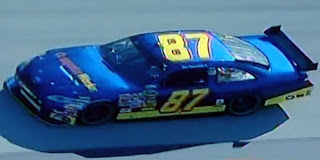 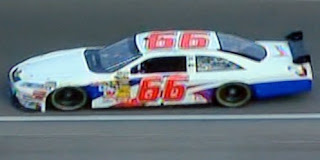 For those of you wondering this off-weekend, Joe Nemechek leads the LASTCAR rankings for the 93 NASCAR Sprint Cup races run with the rear wing on the Car of Tomorrow from March 25, 2007 through March 21, 2010. Nemechek came into last month's Food City 500 at Bristol tied with Dave Blaney with 9 last-place finishes in a rear-wing car, then fell out of the race 10 laps before Blaney to score his 10th finish. The complete rankings compiled from those 93 races are as follows:

As NASCAR continues to run the Car of Tomorrow platform with the rear spoiler, I will continue to update these rankings at this link, which can also be viewed under the "Current Last-Place Rankings" menu on the right side of this page. Michael McDowell's last-place finish at Martinsville has already been added.
Posted by Brock Beard at 2:33 PM